Authorities were continuing their search Monday for Jake Cefolia, United's senior vice president of worldwide sales, who was reported missing earlier this month in the...

Authorities were continuing their search Monday for Jake Cefolia, United's senior vice president of worldwide sales, who was reported missing earlier this month in the Chicago area.

"We're hoping to find him," said Michael Ruth, chief of police for the Chicago suburb of Elmhurst, Ill.

Cefolia was last seen on Aug. 6 and was reported missing on Aug. 8. His vehicle was found later that day in the parking area of the 2,500-acre Waterfall Glen Forest Preserve in DuPage County, just west of Chicago. 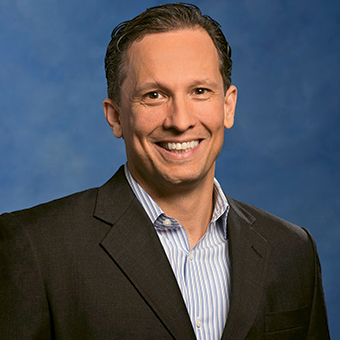 Over the weekend, a team of more than 100 volunteers and police K-9 units searched the preserve for Cefolia. Ruth said authorities have conducted several searches in the area and resumed searching Monday.

"We're concerned about his well being and have been in touch with Jake's family over the last couple of days to offer them our support," United said in a statement.

"At the request of the family, we won't be releasing any additional details at this time," the airline said.

Cefolia became the United sales chief in August 2018. Just a couple weeks before his disappearance he participated in a webinar co-hosted by Travel Weekly, speaking about safety measures being taken by United and as the carrier's current network.