The suite comes with nine bedrooms (a three-bedroom penthouse that costs $25,000 per night and the option to add three adjoining two-bedroom suites), a movie theater, a kitchen, a dining room, an office and an expansive deck overlooking the white sand and crystalline waters of Seven Mile Beach.

Inspiration for Seven South came from an unlikely place. The Grand Cayman hotel’s general manager, Marc Langevin, visited Forbes Travel Guide Five-Star The Ritz-Carlton, Kyoto and was struck by the design. He wanted to bring the same sense of simplicity to the penthouse, which is why it’s filled with natural elements like earthy woods, stone and glass. And it also sports lots of curves, from the ceiling cutouts to the dining room shape to the rounded edges of the plush fainting couch. 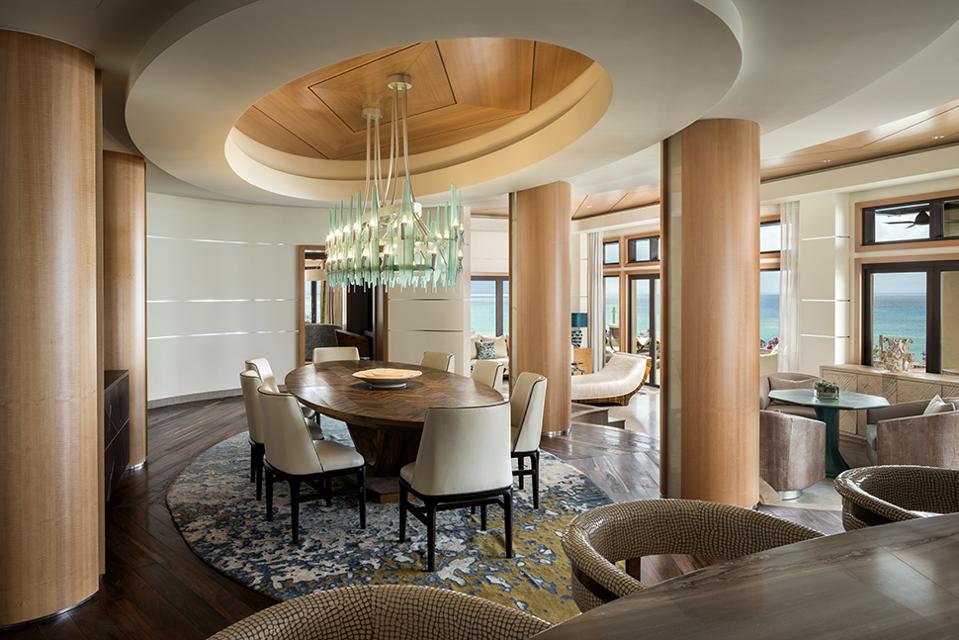 “You can come from the beach in your bathing suit and feel comfortable,” Langevin says. “We were able to design something luxury and casual or natural.”

Most of the penthouse revolves around Seven Mile Beach. The sand and turquoise color scheme recalls the hues outside, the living room and three bedrooms have floor-to-ceiling windows overlooking the beach, and a wraparound terrace with a circular daybed, loungers, a dining table, a fire pit and an alfresco shower provides a panoramic perch, especially at sunset. 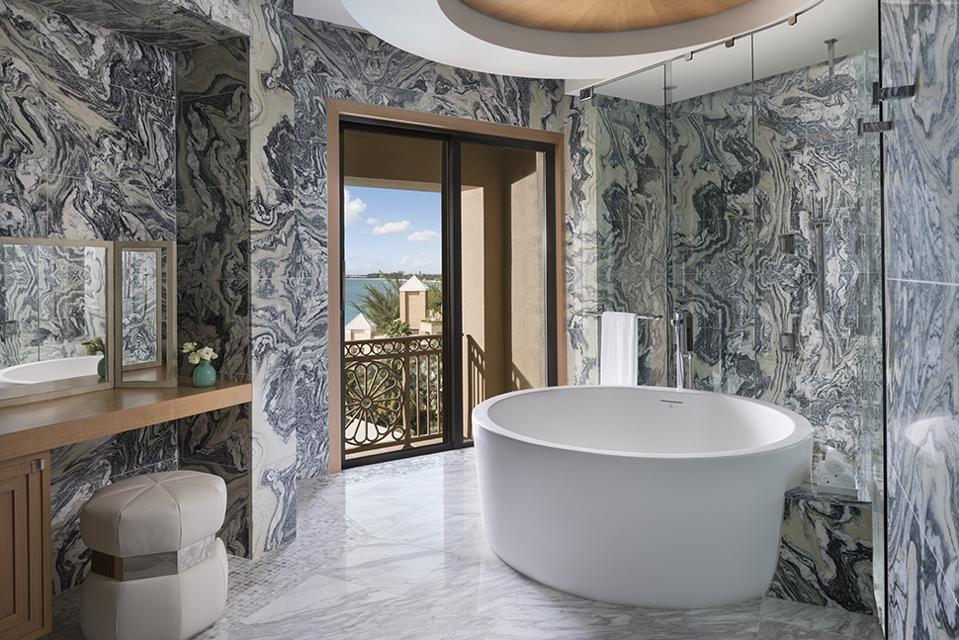 While the water vistas are the undisputable main attraction, our favorite part of Seven South is the master bathroom (though it also has its own door and a balcony that faces the ocean). Azul macauba and Cipollino Cremo Tirreno marbles cover the space, and the swirling cobalt veins give the walls and double sink a delightful flowing effect. Take in the bold graphic marble from the white circular standalone tub or the sizeable glass-walled stall with two rainforest showers.

Other rooms may not be as vivid, but they are still striking. The kitchen mixes tan and gray stone counters with a sleek silver Gaggenau oven and built-in espresso maker. In the dining room, 14 white padded chairs line the oval herringbone wood table, and a chandelier resembling aqua beach glass hangs above it. Bolivian rosewood and volakas marble coat the rooms’ floors.

Seven South also comes with a host of other perks, including round-trip airport transfers, a private elevator, a beach cabana and a personal assistant. However, the most memorable extra may be the personalized souvenir you receive upon checkout. 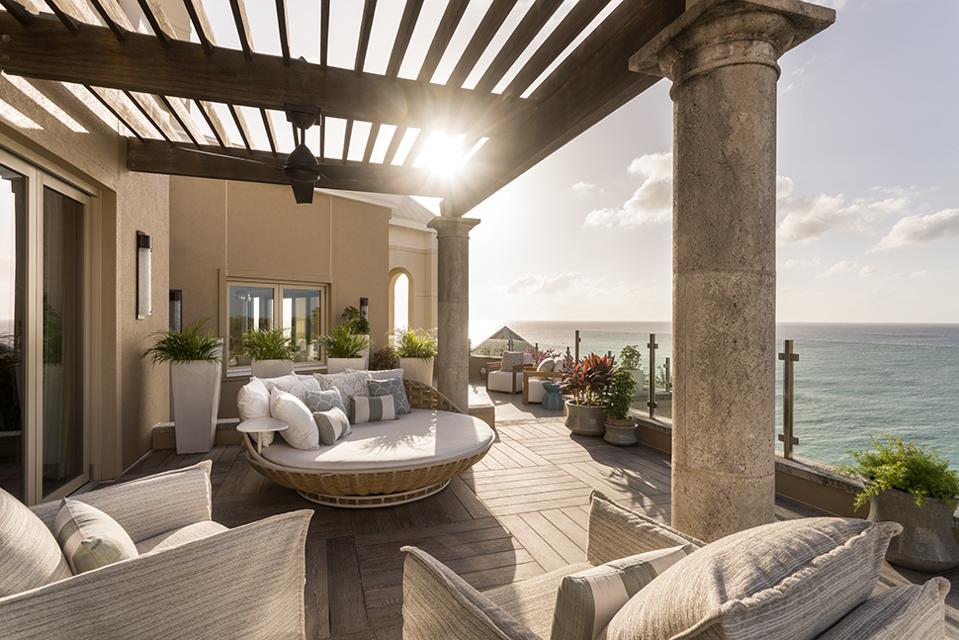 The luxury hotel tapped Jamaican-born, Cayman-based artist Shane Aquârt, who goes by Dready, to create a digital artwork for the suite’s living room that captures the waterfront view from Seven South’s terrace. Dready got his start at the hotel’s Art Wall bridge — one of the island’s major galleries, the 300-foot walkway showcases local artists using a variety of media. He became the Art Wall bridge’s bestselling artist, and you can find a collection of his playful, vibrantly colored pieces depicting Caribbean life on exhibit there.

As part of your stay, Dready will customize a smaller 14-by-7-inch version of the same work on display in the suite, adding your party to the balcony scene, your name and the date. It’s a way to take that Seven South vista home with you. If only you could do the same with that exquisite blue bathroom.