Is There A Brave New Future For London’S Brutalist Hotels?

Is There A Brave New Future For London’s Brutalist Hotels?

When Camden Council put their Euston Road annex up for sale in 2015, only one bid didn’t want to demolish the building. 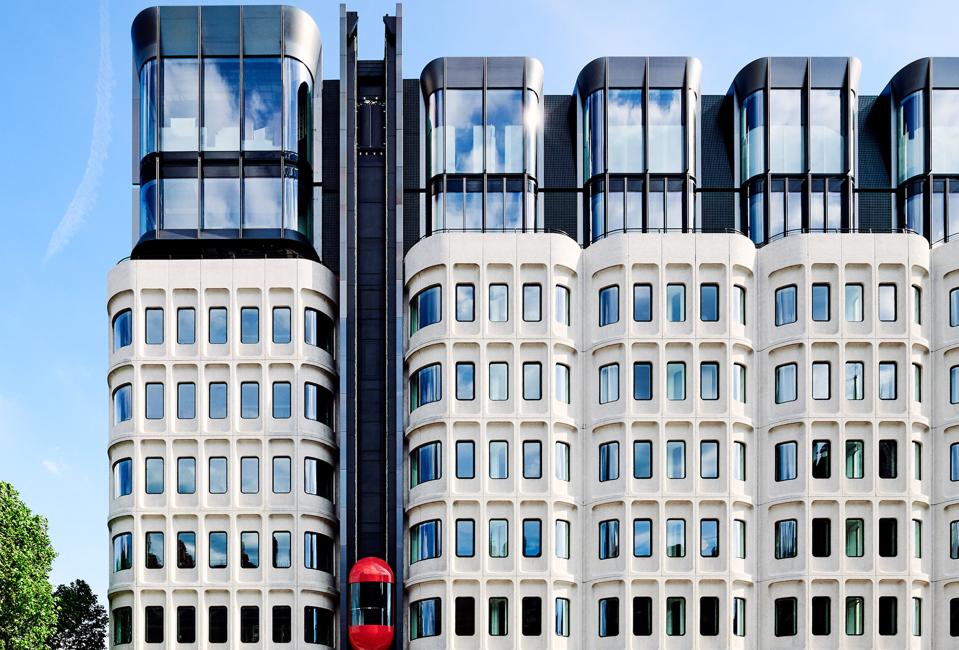 The Standard Hotel in London.

Built in 1974, this concrete building had been an unloved feature of Kings Cross for 40 years. Now, as the Standard Hotel’s first foray beyond the US it sparkles with a two-floor roof extension and an outside elevator that climbs up an exterior that was widely nicknamed the Eggbox by under appreciative locals in its former life (Londoners like nicknaming their building, see also the Gherkin and the Walkie-Talkie building.) 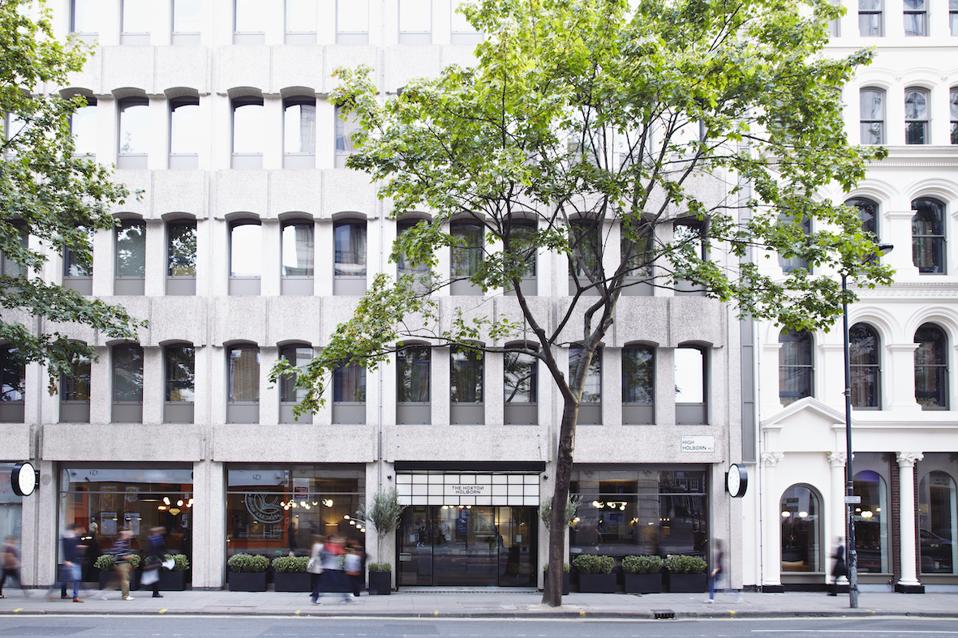 The Hoxton in Holborn was once a telephone exchange.

Transforming, rather than building from scratch, had its challenges. Since the upper floors were once open-plan offices (one of London’s first), there are now some ‘Cosy Core’ rooms that don’t have natural light (popular with DJs and other nocturnal types, they are the best value rooms in the hotel). Elsewhere though, the Standard’s interior is a loving embrace of the 1970s, Brutalism’s pinnacle, with cheese plants, colour and the expansive views from large windows that look out on the neighbouring Gothic Revival St Pancras building. 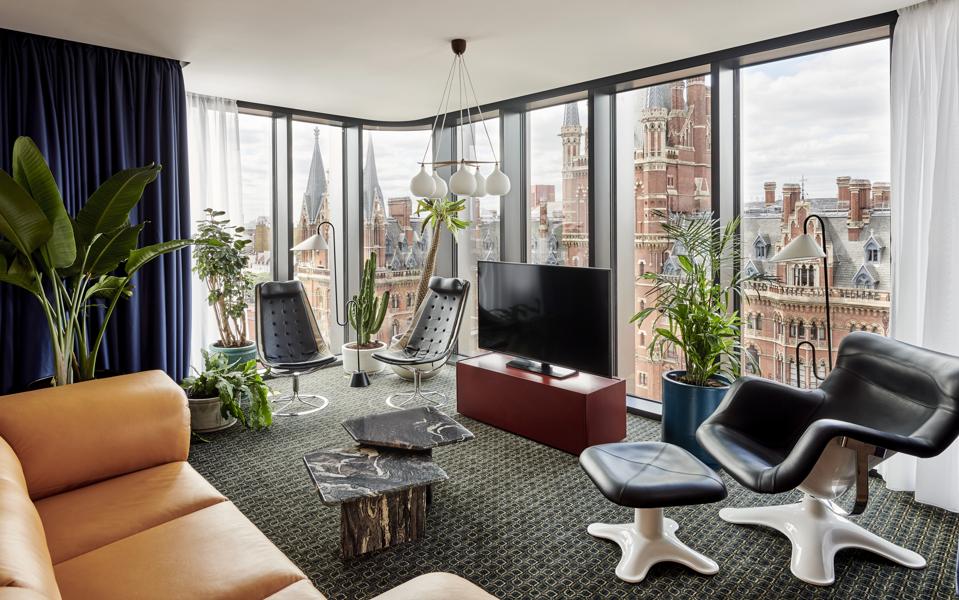 The interiors of the Standard Hotel in London have embraced 1970s design ethos.

Opened in 2014, the Hoxton in Holborn also embraces its concrete core (and exterior). A former telephone exchange, the listed building has 174 bedrooms and a full collection of hipster restaurants and coffee bars. The Treehouse, formerly the 1960s Saint George’s Hotel, and an offshoot of eco-minded 1 Hotels also makes a virtue of its concrete; bedroom ceilings have been left unplastered. 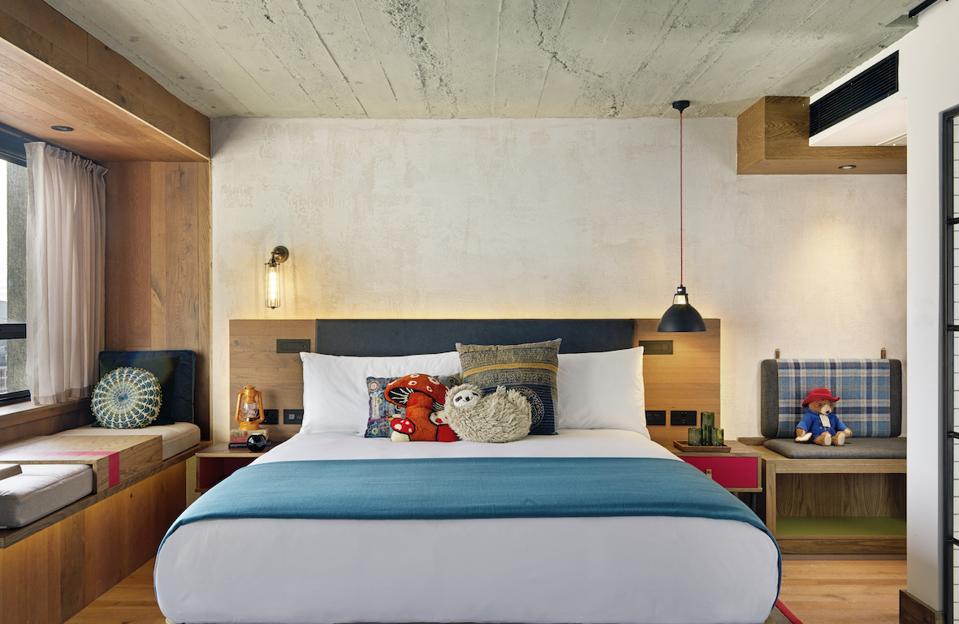 A bedroom at the Treehouse hotel in London.

Will it mean that London’s original Brutalist hotels start to feel less defensive? There’s no disputing that London’s Brutalist hotels have lasted. And now should be coming into their own.  In Britain, as elsewhere in Europe, the late 1960s and 1970s coincided with a boom in tourism. Richard Seifert (1910-2001) is responsible for more buildings in London than Sir Christopher Wren. Among landmarks such as Centrepoint and Tower 42 are a trio of hotels he built, all of them in remarkably good positions and offering good value. 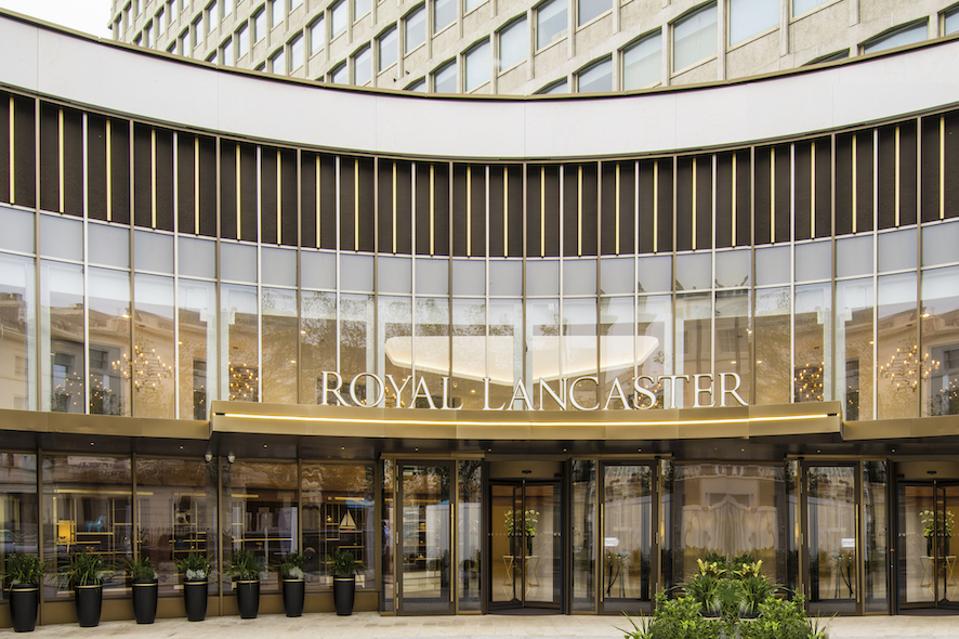 The first was the Royal Garden Hotel, completed in 1965; it hosted the reception for the winning England team after the World Cup in 1966. On with 394 bedrooms over 10 floors, it’s part of the Goodwood Hotel group. While its position - on Kensington High Street, adjacent to Kensington Palace - is superb, the interiors pale against the Standard or Treehouse; they’re blandly international in style. However, the hotel offers considerable space for around £225 a night. 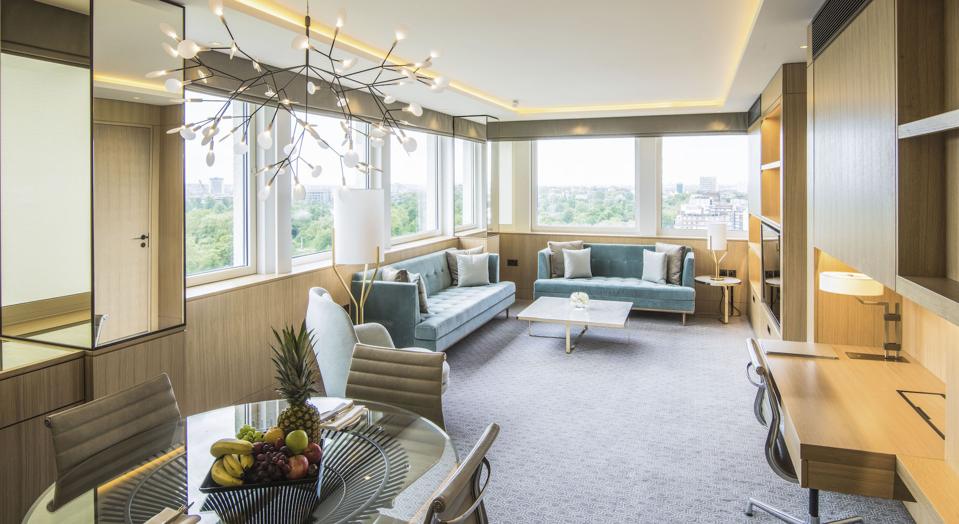 The Park Suite at the Royal Lancaster hotel.

Seifert finished the Royal Lancaster in 1967 and a glimpse of its early decor can be seen in the 1969 film The Italian Job. Its current decor includes a successful dash of mid-century that suits the glass sweep of the entrance and the austere high rise behind it.

Park Tower, completed in 1973, is in Knightsbridge, Opened by the then Prime Minister Edward Heath, its cylindrical form marked a departure for Seifert. Now part of Marriott’s Luxury Collection, with 17 floors and 249 rooms it towers above its surrounding buildings - the higher floors give views across Hyde Park - the extravagant windows are proof that Brutalism’s benefits are many; while the interiors don’t embrace the building’s heritage to a great extent, they don’t distract from them either.