THE MURDER OF a Cleveland, Mississippi, hotelier who was beaten to death by a guest he had just evicted, has had an industry wide impact, according to AAHOA. Members of...

THE MURDER OF a Cleveland, Mississippi, hotelier who was beaten to death by a guest he had just evicted, has had an industry wide impact, according to AAHOA. Members of another group calling for justice for 45-year-old Yogesh Patel say the issue of hoteliers facing violent guests is common and spreading, due in part to programs to provide temporary housing to the homeless and block evictions during the COVID-19 pandemic.

On Aug. 11, Cleveland police officers were called to Patel’s hotel, the Delta Inn Motel in response to a disturbance in the room of Kentarrus Williams. Williams was asked to leave and escorted from the grounds, according to a police report.

Police were called back to the scene less than an hour later to find that Patel had been assaulted. A witness told police Williams returned to the room and when Patel came to tell him he had to leave the two began to fight until Williams hit Patel with a bottle.

Patel was airlifted to the University of Mississippi Medical Center in nearby Jackson, Mississippi, where he later succumbed to his injuries. 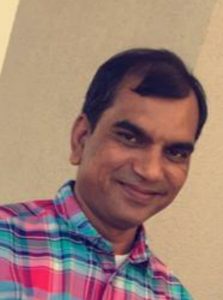 Yogesh Patel is survived by his wife Sonam, co-owner of the couple’s Delta Inn Motel.

Williams was arrested the next day at another hotel and has been charged with homicide in connection with Patel’s death. He is being held on $500,000 bail, according to Sagar Shah, president and co-founder of the advocacy group Reform Lodging.

Reform Lodging, sent a letter to Cleveland Police Chief Charles “Buster” Bingham and other local law enforcement officials demanding justice for Patel. Shah, who also is managing principal at Yatra Capital Group in Philadelphia, said progress is being made in the case.

“They have several witnesses who also saw what happened,” Shah said. “They are going to do whatever they can to keep this dangerous criminal behind bars.”

On Tuesday, AAHOA joined Reform Lodging in mourning Patel, who leaves behind his wife and co-owner of the Delta Inn Sonam.

“America’s hotel owners are saddened by the sudden and senseless loss of a fellow hotelier and member of the community. Violence has no place in our society, especially at hotels which offer guests comfort and security,” said Cecil Staton, AAHOA president and CEO. “No one should live in fear just for doing their job. The hardworking men and women who are America’s hotel owners understand that there is no higher calling than service to others, and that is what makes this loss so tragic. We extend our deepest sympathies to Mr. Patel’s family and employees and hope they will find justice.”

Hoteliers across the country may face an increased risk to their safety on the job as several states turn hotels into homeless shelters to reduce the spread of COVID-19, said Rich Gandhi with GHM Properties in Old Bridge, New Jersey, who also is chairman and co-founder of Reform Lodging. The situation is further complicated by laws, such as one in New Jersey, intended to slow evictions during the pandemic-induced economic downturn.

“I personally have a hotel that has eight guestrooms that have become homeless shelters as we helped the board of social services place non-COVID patrons at our facility so they can use their facility to house COVID patients,” Gandhi said. “Now, after 90 days, the board of social services refuses to pay for the rooms and they want the innkeepers to evict the patrons even though the hotel had a contract with the board.”

Gandhi cannot evict the guests because of the state’s moratorium on evictions, which is currently 30 days but could be extended past the 90-day mark at which point the hotel is considered the guests’ permanent residence. That could lead to extra legal fees and additional expenses to go to court for the eviction process.

Other states with similar laws, and in which Gandhi has hotels, are North Carolina, Pennsylvania, New York and Massachusetts.

“Governors like the ones in North Carolina, New Jersey and elsewhere are actually creating hostile environments for employees of the hotels and at the same time costing tax payers a lot more money in the long run,” he said. “They are also burdening and restricting the police departments to not do their jobs more efficiently.”

This article has been aggregated from www.asianhospitality.com and they maybe/are the copyright owners of the same. If you are the Author/Copyright owner of this article and want us to remove the same then send an email to admin@hoteliers.news so that we can delete it immediately. We sincerely regret and apologies for any inconvenience caused to you due to the same. Though it is your decision but please take note that the link to your website and the article have been given above, within and on the bottom of the article.