A DONEGAL hotel has been blasted for renting out their rooms for €2  to allow patrons to eat and drink indoors. The Government last week slapped the county with Level...

A DONEGAL hotel has been blasted for renting out their rooms for €2  to allow patrons to eat and drink indoors.

The Government last week slapped the county with Level Three restrictions amid a surge of Covid cases in the area. 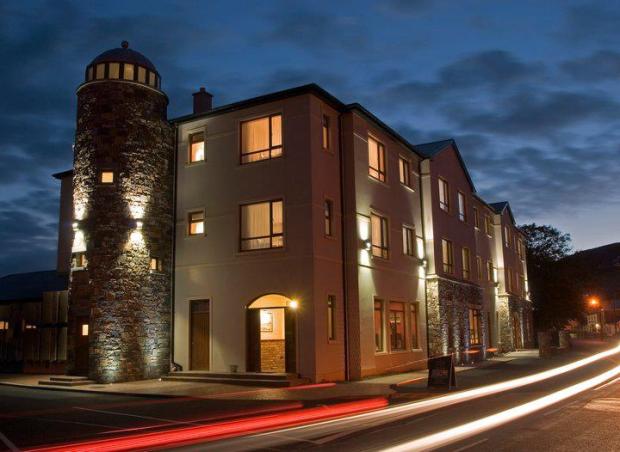 The Beach Hotel, Downings was blasted for the offer

The offer is no longer available 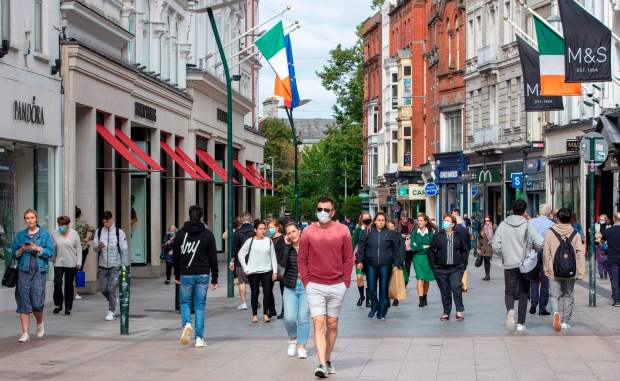 Dublin and Donegal are both now in Level Three lockdown

Under the rules, restaurants and pubs which serve food are only allowed to open for outdoor dining facilities or for ­takeaway services.

Hotels are also permitted to stay open under this level but services are limited to residents only.

But the Beach Hotel Downings, in the village of Downings, have sparked a storm with a weekend promo letting people dine indoors if they are considered residents.

It posted on Facebook: “Adhering to Government guidelines from ­Saturday 26th of September we are open for residents only and 15 ­non-residents outside.

“Why stay out in the cold?? Spoil yourself. Dine indoors, rent one of our rooms and avail of our food and beverage services.

“Our rooms are currently available to rent for an allotted time. €2 per person sharing all weekend. Don’t miss this one time only offer, when they’re gone, they’re gone.”

A wave of people lashed out at the hotel online for the offer, saying it presented public health issues.

One branded them a “disgrace”, while another Facebook user said they should lose their licence. But others commended the hotel’s move.

Following the backlash, the hotel posted another statement online explaining their plan and insisting it was only for “local people”.

The Beach Hotel Downings said rooms will be booked for slots of 1hr 45mins — but  at no point would they actually be used.

They said: “Under the government guidelines hotels are not closed, this offer was aimed to local people in the area.

“No one will be using the rooms, it is merely a method to allow­ ­people to become a resident for a maximum period of 1 hour 45 ­minutes so they can avail of our dining and beverage services.

“The government allows residents to be served inside and 15 non ­residents outside.

“The hotel will be closed from Monday until further notice. This was merely a way to recoup our costs from stock ordered for the full house of residents that ­cancelled on Friday evening.

Local councillor John O’Donnell yesterday told how he “thought it was a joke” when he first heard the hotel was running the offer.

The Independent said: “I can see the reasoning behind it, people want to keep businesses open for the next three weeks.

“I agree with the outdoor venues. There are other venues in Donegal that have great outdoor space but I don’t know about the €2 idea. It’s not fair on the other businesses.

“I would welcome the outdoor basis only. I wouldn’t be in favour of a packed residents’ bar. There are public health rules for a reason.

"We have to do everything we can to stop the pandemic. The numbers aren’t rising for no reason.”

Amid a storm over the offer, the Beach Hotel Downings last night provided a statement to the Irish Sun on Sunday.

They apologised for any offence caused and said the offer that was “based on our interpretations of the guidance” was “no longer available”.

The hotel  told us: “We would like to apologise for any unintentional offence caused by our local offer issued yesterday on Facebook.”

Beach Hotel Downings said that as well as recouping stock costs the offer “also allowed us to keep our staff employed and we believe this has highlighted the current stress facing the hospitality industry at present across Ireland”.

They added: “While it was never our intention to cause offence, we like the other hotels, bars and restaurants in Donegal were left in an impossible position.

“We were told by the government that we could stay open, but then told to operate under such strict restrictions, whereby it was not ­feasible to keep our doors open.

“The health and safety of our guests, employees and community are of the utmost importance to us.

“Since reopening, we have been strictly following official protocol regarding sanitisation, social distancing rules and the collection of contact tracing information.

“The hotel will be closed from Monday until further notice. We will donate the remainder of our stock to local charities on Monday.

“We would like to take this opportunity to highlight the challenges facing the hospitality industry during this pandemic, particularly around the Government’s guidance in how we survive moving between levels in their reopening road-map.”

Covid-19 cases within Donegal have been rising for a number of weeks — with the Government ­putting  the county on Level Three with Dublin in an attempt to ­suppress the spread of the virus.

Despite the restrictions, more than 100 hundred people gathered in Letterkenny yesterday for an anti-Covid rally just hours after the new measures came into force. ­

Protestors carrying placards and waving tricolours gathered at ­Market Square for what they called a “peaceful assembly”.

Gardai who observed the rally did make any arrests but spoke to a number of people.

The vast majority of those who attended the event did not wear masks as they gathered in groups.

Many travelled from across the border in neighbouring Derry.

The crowd were addressed by a number of speakers including the main organiser of the event, Kim McMenamin.

He said he was not against ­people wearing masks but claimed the second wave of Covid was a lie.

He encouraged people to read up on what he described as the real facts surrounding the “scamdemic” as he called it.

He said: “Is there a second wave? No there isn’t. We must research and get the knowledge.

“Arm yourself with information and once you have the information spread it to everyone you know.

“We are sick of lies, hypocrisy and deceit from Government. We’re not taking it no more.”

Mr McMenamin added that it was up to the Irish people to challenge regulations saying Irish schools were now like prison camps.

He also challenged the media for promoting lies on behalf of the Government and encouraged people to seek out information online.

Other speakers included Ben ­Gilroy and a local man who said his YouTube channel had been banned because he challenged information on Covid put out by the  Government.

There were small disturbances when some people clashed with those holding the event. Others filmed the media covering it.

Gardai had said earlier they were aware of the event but the non-wearing of masks or social distancing were not “penal regulations”.

They addded: “In supporting the Covid-19 public health guidelines and regulations, An Garda Siochana has and will continue to adopt, a graduated policing response based on its tradition of policing by consent.

“This has seen garda members engage, educate, encourage and, as a last resort, enforce. Where potential breaches of the Public Health Regulations are identified a file is submitted to the Director of Public Prosecutions for a direction as to how to proceed.”

Meanwhile, Acting Chief Medical Officer Dr Ronan Glynn has warned that other counties could be moved to Level Three restrictions but insisted this is preventable.

Counties Louth, ­Kildare, Wicklow, Cork and Galway have been warned that they are being watched amid a surge of cases.

He said: “I am asking people everywhere, particularly in Donegal and Dublin, and more broadly in Louth, Kildare, Wicklow, Cork and Galway to pay special attention to the public health advice.

This article has been aggregated from www.thesun.ie and they maybe/are the copyright owners of the same. If you are the Author/Copyright owner of this article and want us to remove the same then send an email to admin@hoteliers.news so that we can delete it immediately. We sincerely regret and apologies for any inconvenience caused to you due to the same. Though it is your decision but please take note that the link to your website and the article have been given above, within and on the bottom of the article.