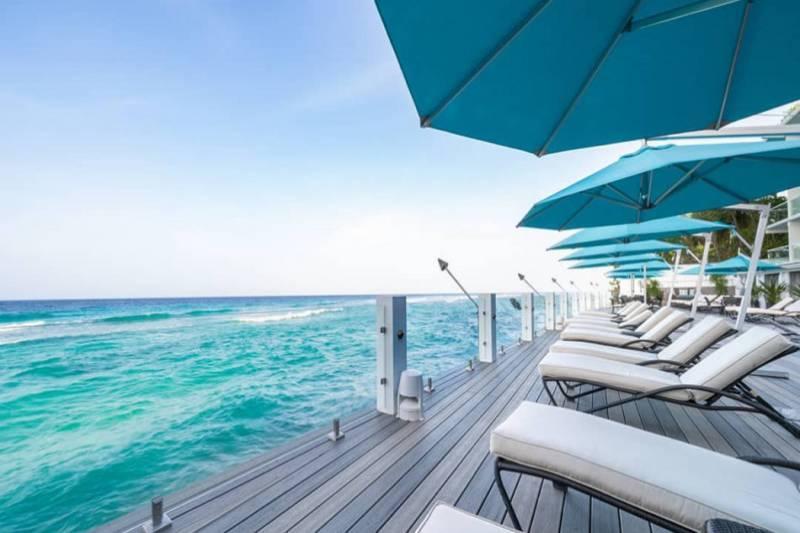 The South Gap Hotel in Barbados has completed a major renovation project, Caribbean Journal has learned.

The hotel on the southern coast of Barbados has completed a nearly $3 million renovation project.

The two-year-long project included the transformation of its rooms and public spaces of the hotel, which is located in the heart of Barbados’ popular St Lawrence Gap.

The most recent renovation included changes to the hotel’s public spaces.

The completion was announced during the CHTA’s recent Caribbean Travel Marketplace conference in Nassau.

“These changes have allowed us to make a style statement and set ourselves apart from other mid-range hotels on the island and in the Caribbean,” said Cecile Gibson, general manager of the hotel. “The response from our guests has certainly exceeded our expectations.”

The changes include full public area upgrades, a total redesign of the property’s Tropical Mist Bar and Restaurant; an ocean-facing pool deck and the inclusion of artwork by Barbados’ Jeena Chatrani.